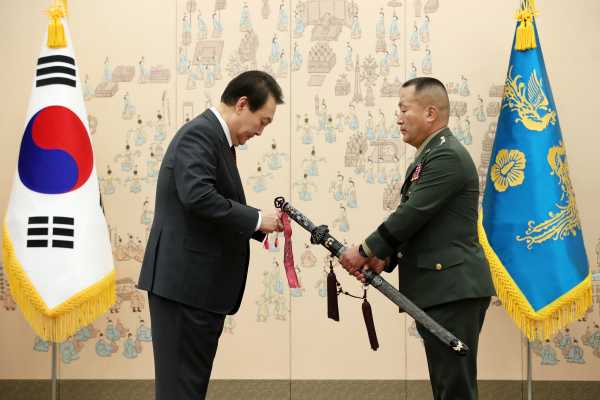 At the three-star assignment ceremony, the commander-in-chief told his generals to ensure that the South Korean military overpowers North Korea with conventional capabilities while the nation relies on its ally's dominant nuclear capabilities to deal with the North's weapons of mass destruction.

Yoon said that the nation is now facing its most grave security threat, urging his commanders to eliminate security risks for the Korean economy and public livelihood.
Share
Print
List