Gov't Admin to Use International Age System from Next Year 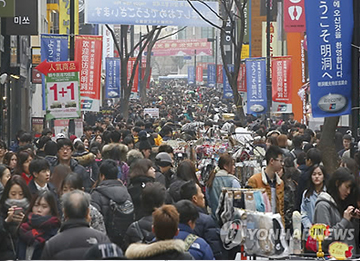 Starting next year, the international age system will apply for all judicial and administrative purposes.

The parliamentary Legislation and Judiciary Committee on Wednesday approved revisions to the relevant civil and administrative laws.

The revisions discontinue the use of two other age-counting systems, including the most widely used “Korean age” system designating all babies as one year old at birth and adding a year every January 1.

The other system that will become obsolete is the birth-year system in which age is calculated by subtracting the year of birth from the current year but does not account for months.

During President Yoon Suk Yeol’s campaign, he pledged to unify the age system by using international age across the board to mitigate administrative and social confusion stemming from the use of different systems.

With the bill expected to pass the plenary session set for Thursday and Friday, the unified system will likely take effect six months after proclamation.
Share
Print
List