Event Held at US Library of Congress Celebrating Kimchi 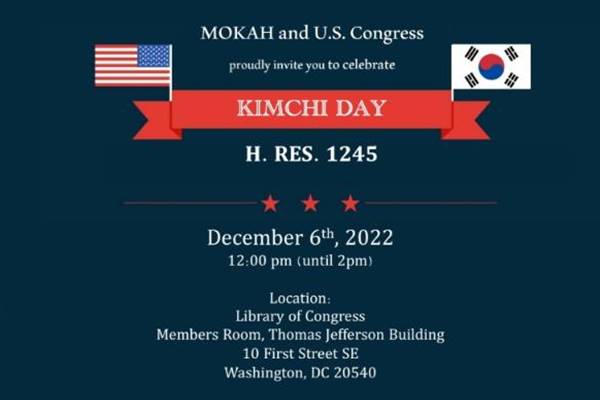 An event celebrating kimchi was held for the first time at the U.S. Library of Congress on Tuesday.

Democratic Congresswoman Carolyn Maloney, who, along with eleven other legislators, submitted a resolution in July seeking a Kimchi Day designation, said the Korean staple has been a part of the country's long history dating back to the Three Kingdoms era.

The resolution will be scrapped automatically if it is not handled by the year's end.

The U.S. states of Virginia, Maryland, New York and California as well as Washington D.C. have already designated November 22 as a day to celebrate the Korean dish.
Share
Print
List