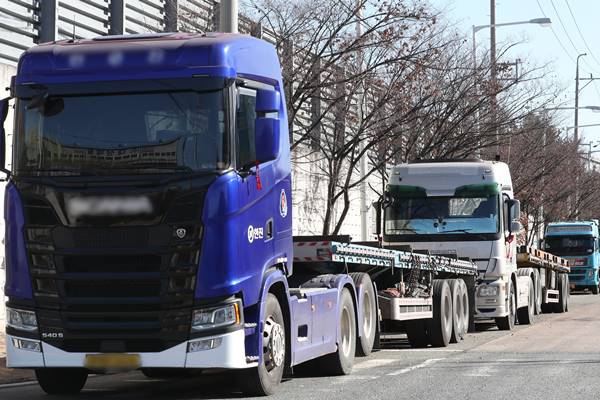 The National Human Rights Commission rejected a petition by the Cargo Truckers Solidarity union asking the rights watchdog to advise the government to scrap its return-to-work order for striking truckers.

The commission said on Tuesday that it turned down the request on the grounds that it does not fall under the purview of the commission, but added that it will consider the union’s request that the watchdog convey an opinion on the government order.

The move came a day after the Cargo Truckers Solidarity requested that the commission chief deliver an opinion or issue a statement recommending the withdrawal of the government’s back-to-work order.

The truckers’ union said that since the enshrinement of the government’s authority to issue return-to-work orders in 2004, it had never been invoked until this year amid criticism both at home and abroad that it violates the three basic labor rights of association, collective bargaining, and collective action.

The union claimed that the order violates not only the Constitution but also key accords of the International Labor Organization that stipulate the obligation to protect workers’ right to organize.
Share
Print
List