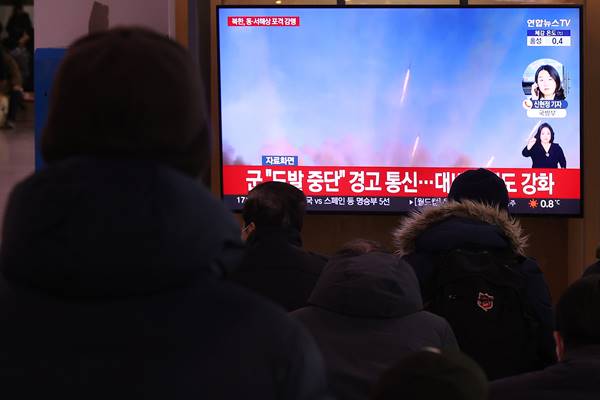 North Korea has warned that it will step up its military response to ongoing live-fire drills by the South and the U.S.

The North’s General Staff, equivalent to the South’s Joint Chiefs of Staff(JCS), issued the warning Tuesday as it called for an immediate suspension of what it dubbed “provocative military action” by the enemy.

The warning came as the North fired some ten artillery rounds into the maritime buffer zone in the East Sea from Kumgang County in Kangwon Province on Tuesday evening, some six hours after firing roughly 90 rounds into the same area from the province’s Kosong County.

Tuesday marked the second straight day Pyongyang pounded mortars into the buffer zones following the firing of 130 artillery rounds into both eastern and western maritime boundaries on Monday.

The JCS has stressed that the North’s aggressions violate the September 19, 2018 inter-Korean military accord, whereas the live fire drills currently underway by the South Korea and the U.S. do not because they are conducted outside the ground buffer zones in frontline areas.
Share
Print
List