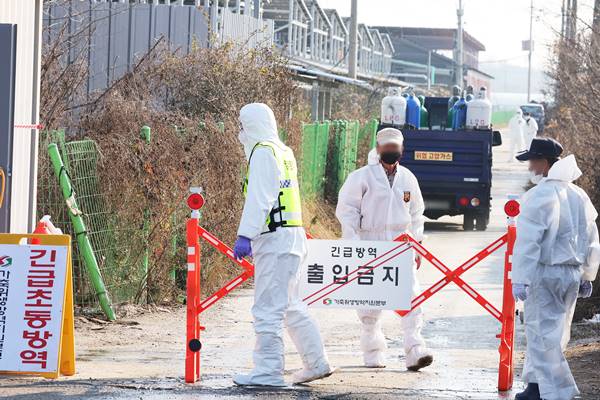 A case of highly pathogenic avian influenza(AI) has been confirmed at a duck farm in the southwestern city of Naju.

Authorities confirmed on Tuesday that the case reported the previous day at the farm in South Jeolla Province was the highly pathogenic H5N1 strain.

The Central Disaster Management Headquarters sent a response team to the farm immediately after the case was confirmed, implementing proactive quarantine measures and culling the poultry at the farm.

The latest detection brings the number of highly pathogenic AI cases at poultry farms and a residential house across the nation to 34 this fall, with six of the seven confirmed cases this month coming from South Jeolla Province. One H5N1 case was reported last month at a home in Hongseong County in South Chungcheong Province that had over 120 birds.
Share
Print
List