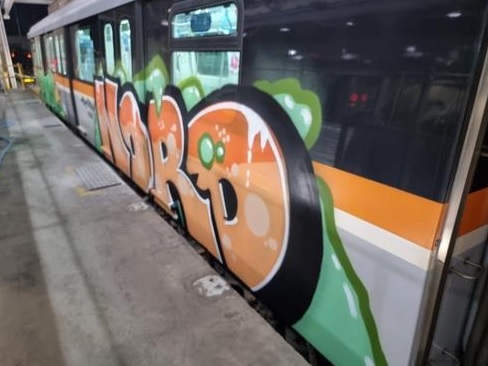 A U.S. national who fled South Korea after drawing graffiti on subway trains in Seoul and other major cities has been arrested in Romania.

The Incheon Nonhyeon Police Station said on Monday that it requested the Romanian government to hand over the 20-something American who is charged with breaking and entering a communal structure and causing property damage.

The American is accused of breaking into the depot of subway trains in Incheon’s Namdong District at around 3 a.m. on September 24 and drawing graffiti on parked trains.

Police also suspect that the man and an accomplice, an Italian national, broke into subway train depots in six cities in South Korea for two weeks from September 12 and vandalized trains.

The South Korean police requested Interpol to issue a Red Notice for the two suspects requesting assistance from other countries’ police. The American was arrested by Romanian police on November 22 while the Italian’s whereabouts have yet to be determined.
Share
Print
List