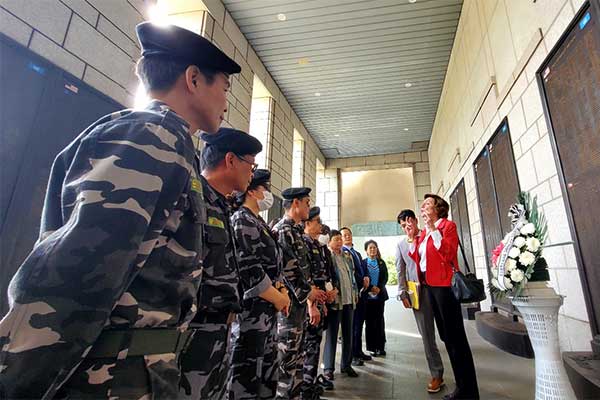 The U.S. State Department has urged the international community to hold accountable those who are responsible for human rights abuses in North Korea.

In a Friday statement issued by spokesperson Ned Price, the department said more than a hundred-thousand North Koreans, including children, remain detained in the country's vast network of prison camps, while the regime diverts resources from the people and systematically uses forced labor to generate revenue to support its unlawful weapons of mass destruction and ballistic missile programs.

The statement said that as the U.S. reflects on North Korea Freedom Week, it recognizes the courage of the North Korean defector and human rights community, which continues to speak on behalf of the millions of North Koreans suffering deplorable abuses.

He said the U.S. remains committed to shining a spotlight on the egregious human rights situation in the North and working with allies and partners to promote accountability and increase the free flow of information into, out of, and within North Korea.