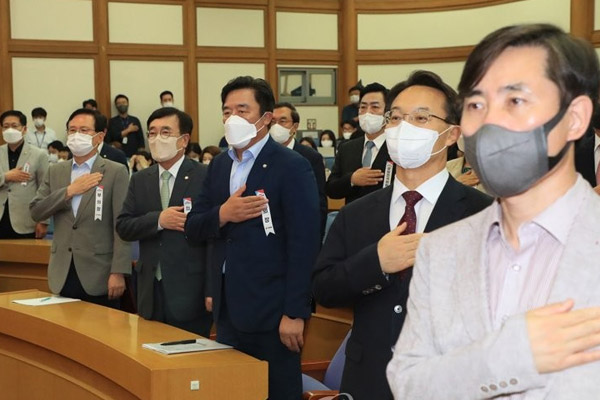 Ruling People Power Party(PPP) acting chief and floor leader Kweon Seong-dong has expressed hope that the party will regain stability with a leadership decision set to come out on Tuesday.

Kweon made the remark as he is set to name the head of the party’s emergency leadership committee during a general meeting of party lawmakers later on Tuesday.

Shortly after the nomination, the party plans to convene a meeting of its national committee and vote on the appointment of the acting chief's pick to promptly launch the party’s interim leadership committee.

Kweon has asked the members of the national committee to make a decision that will help the party find stability.

Stressing that the people’s livelihood is facing serious hardship, the acting chief said there is no more time to waste on the party's internal problems.

He said the party needs to find stability in order for state affairs to be handled smoothly.
Share
Print
List