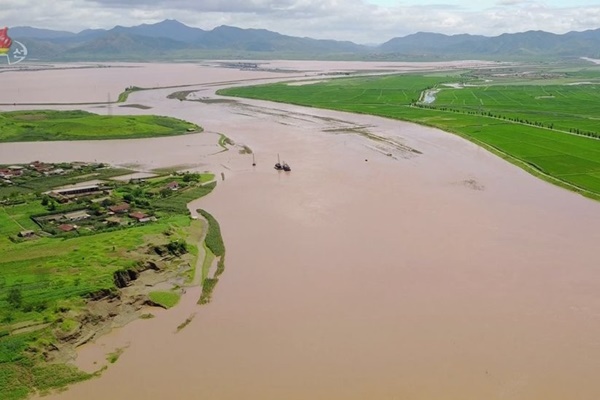 North Korean authorities have taken steps to prevent damage to farmland and infrastructure after parts of the reclusive state were hit by massive rainfall.

According to the North’s Korean Central Broadcasting Station on Tuesday, a heavy rain warning is in place for the southern parts of the Hwanghae and Kangwon provinces as well as the border city of Kaesong.

The report forecast that parts of Hwanghae Province and Kangwon Province will see 50 to 80 more millimeters of rain on Tuesday.

The Rodong Sinmun, the official newspaper of the North’s ruling Workers’ Party, stressed the need for thorough preparations, describing the latest downpours as disaster-creating weather.

The paper said the office managing floodgates near the West Sea are adjusting the gates in line with the tides to prevent the Taedong River from flooding and causing damage to farmland.

Earlier on Monday, areas near the river, which runs through the capital of Pyongyang, became submerged due to heavy rain. Back in June, the river had flooded due to monsoon rains.
Share
Print
List