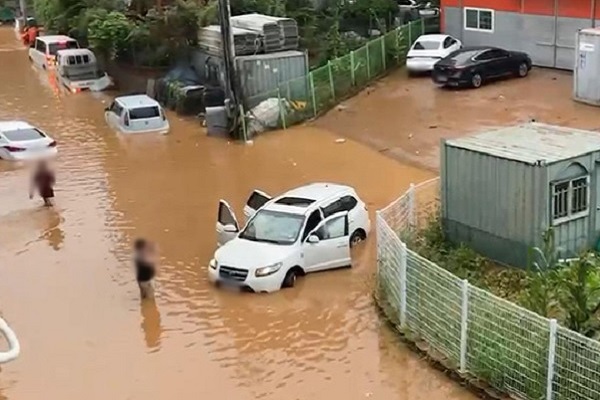 Heavy rains will continue in the central region on Tuesday and Wednesday, with torrential showers forecast for the capital region and parts of Gangwon Province.

The Korean Meteorological Administration said on Tuesday that more than 300 millimeters of heavy downpours are expected to hit Seoul and the surrounding areas as well as inland Gangwon Province until Wednesday.

The weather agency warned that some of the central region is likely to have torrential rains of 50 to 100 millimeters per hour, along with gusts and lightning.

The rain spell is forecast to continue until Thursday in the capital region and Gangwon Province and Friday in Chungcheong and southern regions.
Share
Print
List