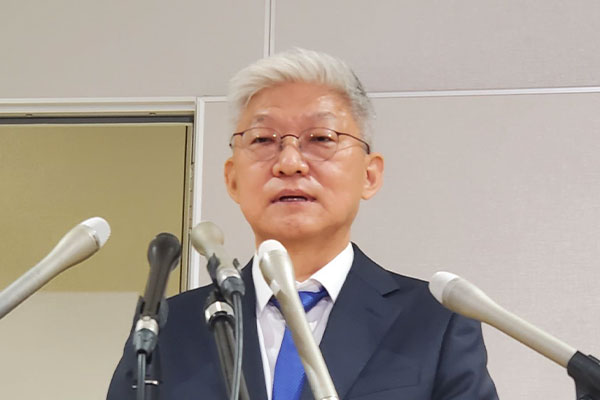 Seoul’s new diplomatic envoy to Tokyo has expressed concerns over the prospective liquidation of assets of two Japanese companies in order to compensate the victims of Japan’s wartime forced labor.

During his first press conference since taking office on Monday, South Korea's Ambassador to Japan Yun Duk-min voiced concerns that astronomical losses will be generated, stressing the need to freeze the liquidation move.

Yun said that liquidation, if realized, may blow away business opportunities worth tens of trillion won or hundreds of trillion won between South Korean and Japanese companies, apparently referring to a possible reprisal by Japan.

He said it is also questionable that liquidation would secure sufficient money to compensate victims.

The liquidation of assets, the ambassador said, will also likely nudge aside efforts to restore the dignity and honor of the victims and heal their wounds, adding the victims will suffer the most from the move.
Share
Print
List