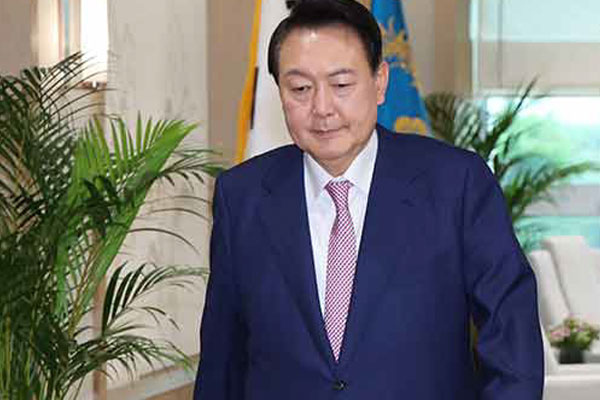 The Yongsan Presidential Office has reiterated that there will be no meeting between President Yoon Suk Yeol and U.S. House Speaker Nancy Pelosi while she visits the country as a part of her ongoing Asia tour.

A source at the presidential office on Wednesday afternoon had indicated there were arrangements being made for a face to face, as President Yoon had canceled his earlier plans to be out of town for a summer vacation.

But soon after, a presidential official corrected that report, citing confusion in internal communication, underlining that the situation remains unchanged from the morning's briefing.

During a regular Wednesday morning briefing, the top office had said the president had no plans to meet with Pelosi as he is on his summer break this week. The official also extended a welcome to Pelosi and wishes for productive results during her time with National Assembly Speaker Kim Jin-pyo.

An official at the presidential National Security Office also said it is not true that a Yoon-Pelosi meeting was being fine-tuned. The official explained the decision not to hold the meeting was not influenced by China, as it had been made before Pelosi’s Taiwan visit was decided.
Share
Print
List