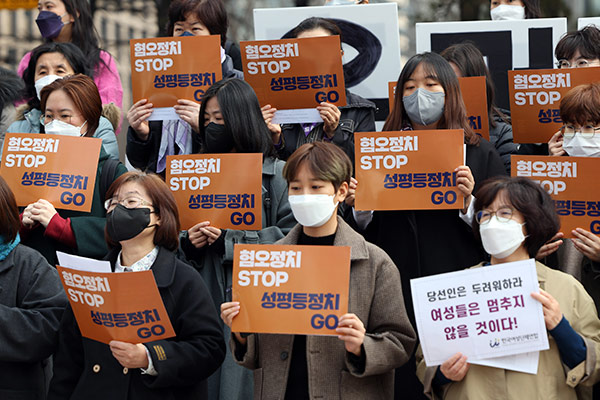 South Korea ranked lower in a global index on gender equality by the World Economic Forum(WEF).

According to the Global Gender Gap Report 2022 released on Wednesday, South Korea placed 99th out of 146 countries in the gender gap rankings.

The country scored zero-point-689 points in the index, lower than the figures of Vietnam and Cambodia. China and Japan ranked 102nd and 116th, respectively.

The index ranges between zero and one, with one being full gender equality.

Since 2006, the WEF has been releasing the annual index, which measures the extent of gender disparities in the four areas: economic participation and opportunity, educational attainment, health and survival, and political empowerment.
Share
Print
List