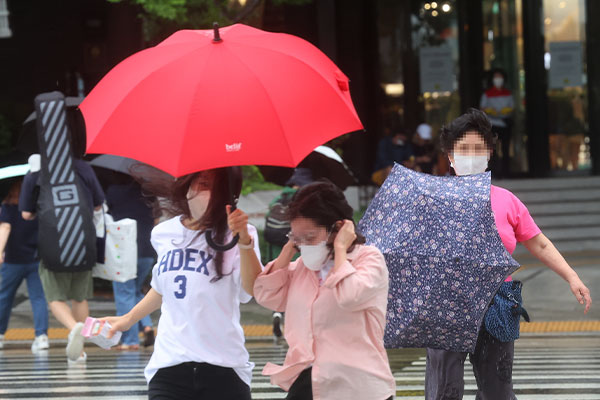 According to the Korea Meteorological Administration on Thursday, rain will continue throughout the day nationwide, but heavy downpours will be concentrated in the central regions.

Meanwhile, a heatwave alert has been issued for the southern regions where rain is subsiding.

Daytime highs are forecast to reach 35 degrees Celsius in Daegu on Friday, while most other southern regions will see temperatures rise up to 33 degrees accompanied by high humidity.
Share
Print
List