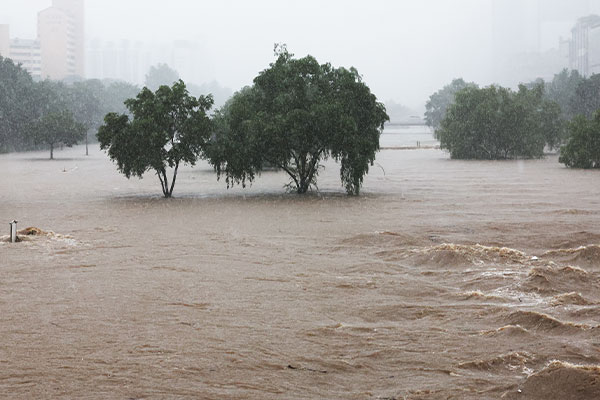 According to the Central Disaster and Safety Countermeasure Headquarters, a local resident in Gongju, South Chungcheong Province, died on Thursday morning when the eaves of the victim's house collapsed due to heavy rain.

Seven houses and two stores were inundated nationwide as of 10 a.m., while 150 hectares of rice fields in South Chungcheong Province and 20 greenhouses in Gyeonggi Province were submerged.

Torrential rain has blocked roads and waterways, shutting down eight sea routes including those connecting Ulleung Island and the Dokdo Islets.

In the capital, the central Jamsu Bridge remains closed, while over 50 trails and parking lots near the river have been closed off across the central region.