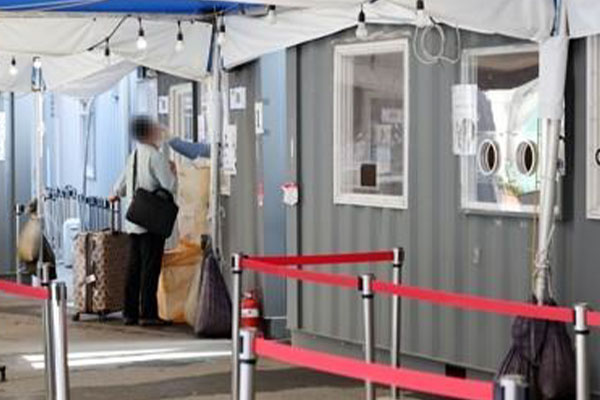 Daily new COVID-19 cases in South Korea fell below ten-thousand on Thursday, but increased by over two-thousand from a week ago.

The Korea Disease Control and Prevention Agency said on Thursday that nine-thousand-595 infections were reported throughout the previous day, including 142 from overseas, bringing the total caseload to about 18 million-359-thousand.

The daily tally dropped by 868 from a day ago and fell below ten-thousand, but increased by two-thousand-102 from a week ago and some 700 from two weeks ago.

The number of imported cases remained above 100 for the fifth consecutive day, partly due to a rise in international arrivals.

The number of seriously or critically ill patients receiving care at medical facilities is down by five from the previous day at 54.

About five-point-seven percent of ICU beds earmarked for critical and serious COVID-19 patients are in use.

Ten additional deaths were reported in the past 24 hours, raising the death toll to 24-thousand-547, while the overall fatality rate stands at zero-point-13 percent.
Share
Print
List