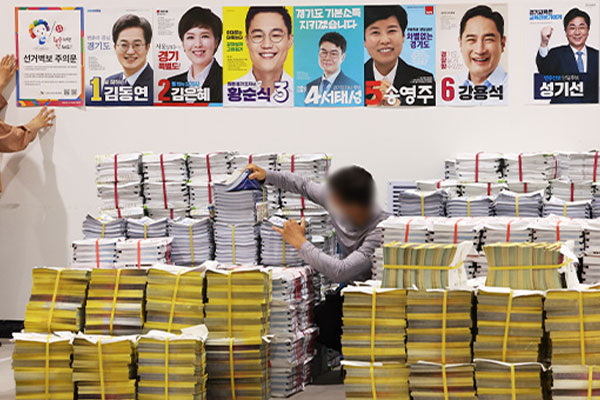 Campaigning for the June 1 local elections and parliamentary by-elections officially kicked off on Thursday.

The National Election Commission said the 13-day official campaign period will end on May 31, one day before the election.

More than 76-hundred candidates who registered for over 23-hundred electoral districts across the nation were permitted to launch their campaigns at the stroke of midnight.

During the period, the candidates are permitted to deliver speeches in public places using vehicles or loudspeakers and put up placards.

Candidates are also allowed to place ads in newspapers or TV, make campaign appearances on the radio or TV, and release campaign commercials on the homepage of media outlets.

The election results are expected to serve as an early bellwether for the Yoon Suk Yeol administration, as the elections come just 22 days after the launch of the new government.
Share
Print
List