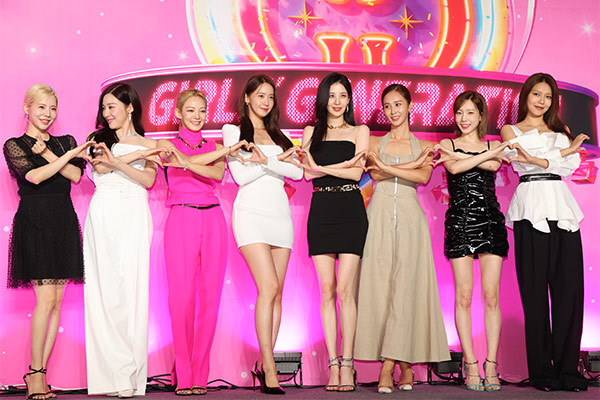 Girls’ Generation, one of the longest running K-pop girl groups, made a highly anticipated comeback on Aug. 5, the anniversary of the day of its debut back in 2007.

"Forever 1," released digitally at 6 p.m. on Friday, is the group's seventh full-length album, and marks the group’s first project since its previous LP "Holiday Night" five years ago.

“Forever 1” has 10 songs including the lead track “Forever 1” which is an upbeat pop-dance number with a festive mood about eternal love for the people who are precious to them. The new album topped iTunes charts in 31 countries on Saturday, a day after its release.