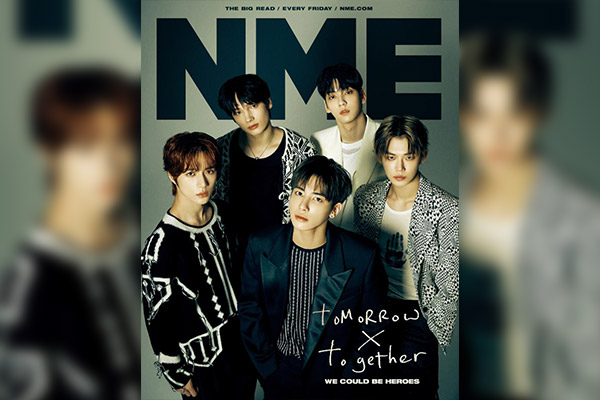 Tomorrow by Together (TXT) has made the online cover of British music magazine NME.

NME released an interview article on TXT on its official website, while introducing the group’s 4th mini-album “minisode 2: Thursday’s Child”.

According to TXT’s label, they are the first K-pop act to grace its online cover. TXT debuted in 2019 and received attention as the junior group of BTS, being part of the same label.

The group has sold more than one million copies of their 4th mini-album which was released on May 9.