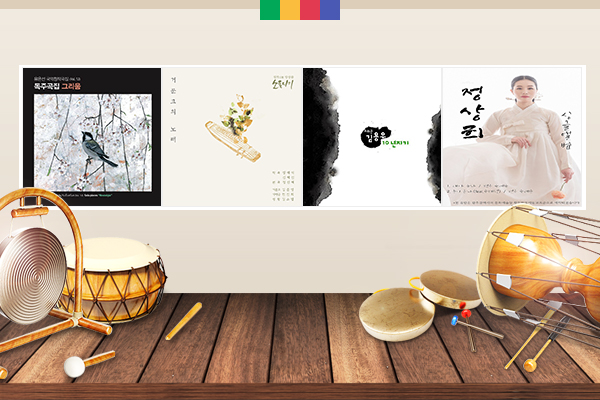 Having four distinct seasons is not a characteristic unique to Korea but only a handful of countries experience a temperature difference between summer and winter as great as Korea. Judging from the temperature data of OECD countries, Canada had the biggest difference between the hottest and coldest temperatures and surprisingly Korea came in second, with the temperatures varying more widely in North Korea than in South Korea. This finding is understandable because Canada has a vast territory which includes regions in the far north where hardly any people live in extreme cold. But Korea is a small country where temperatures soar well into the mid-30 degrees Celsius in summer and plunge down to 20 degrees below zero in winter. People jokingly say that Korea’s summer is as hot as the dessert in the Middle East and Korea is colder than Russia in winter. It can sometimes get quite difficult to live in such varying climate conditions, but we are very fortunate that we can enjoy all the delights of Mother Nature given that there are people in this world who have never seen life’s vitality in green tender sprouts in spring, the pouring rain in summer, the colorful autumn leaves blanketing the mountains and big, plump snowflakes falling silently in winter. Last Monday was Ipdong입동 in Korea, the start of the winter. We grow sad as the year’s end is already near but at the same time, we can look forward to what this winter would bring. This week’s first piece is “Winter Morning” with Kwon Yong-mi playing the sogeum and Kim Kwang-seok the guitar.

“Winter Morning,” inspired by a snowy winter morning, reminds us of a cold yet heartwarming memory from our childhood with the high and clear sound of the sogeum and the low, melodious guitar tunes. When Korea was an agricultural society, winter was a downtime for farmers with very little work but with plenty of things to eat from fall harvest. People would eat roasted sweet potatoes or chestnuts in warm and cozy rooms. Children would listen to their grandparents tell old stories, men make straw ropes and women worked on weaving or sewing. The weather outside might have been freezing but the ambience inside was toasty and comfortable. While many families spent their winter days like this, one woman felt particularly lonesome and wrote poem about waiting for her beloved. That woman was Hwang Jin-i황진이, the famed poetess and gisaeng 기생 of Joseon. Her poem was rearranged into a song entitled “November” which is sung today by jeongga ensemble Souljigi. It is followed by “Roasted Chestnut Taryeong” by Kim Yong-woo and a capella group The Solists.

Apparently, many people like winter for the snow. The common belief is that plentiful snow in the winter results in a rich harvest in the following year. While grownups may not like a snowy winter, because it sure can be a big hassle to drive or walk on the frozen streets or on slushy grounds, depending on the temperature. On the other hand, children generally look forward to the winter because they can enjoy sledding, making snowmen and having snowball fights. It would be best to reach the happy middle ground of having just the right amount of snow this winter – just enough for everyone to enjoy winter pastimes before melting away nice and clean. Today’s Sounds of Korea will conclude with Jeong Sang-hee and her little daughter, Yoo Chae-ryeong, singing “The Snow Is Coming,” a modern arrangement of Namdo folksong “The Snowman.”