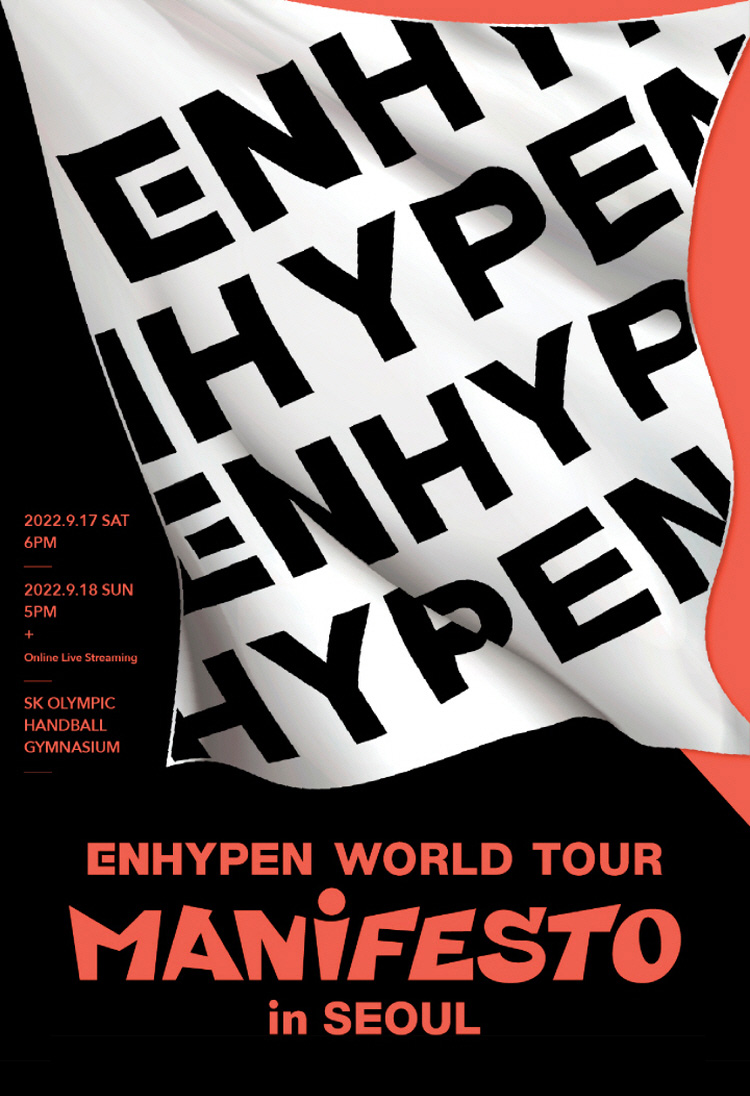 ENHYPEN is kicking off their first world tour in Seoul. The concert series, titled “Manifesto”, will begin in Seoul and will be held for two days at the SK Olympic Handball Gymnasium from September 17. The tour will then move on to the US and Japan to visit major cities such as Houston, Chicago, New York and Osaka. ENHYPEN released their EP “Manifesto: Day 1” on July 4. Upon release, the album reached No. 1 on the iTunes Top Album chart in 17 regions.