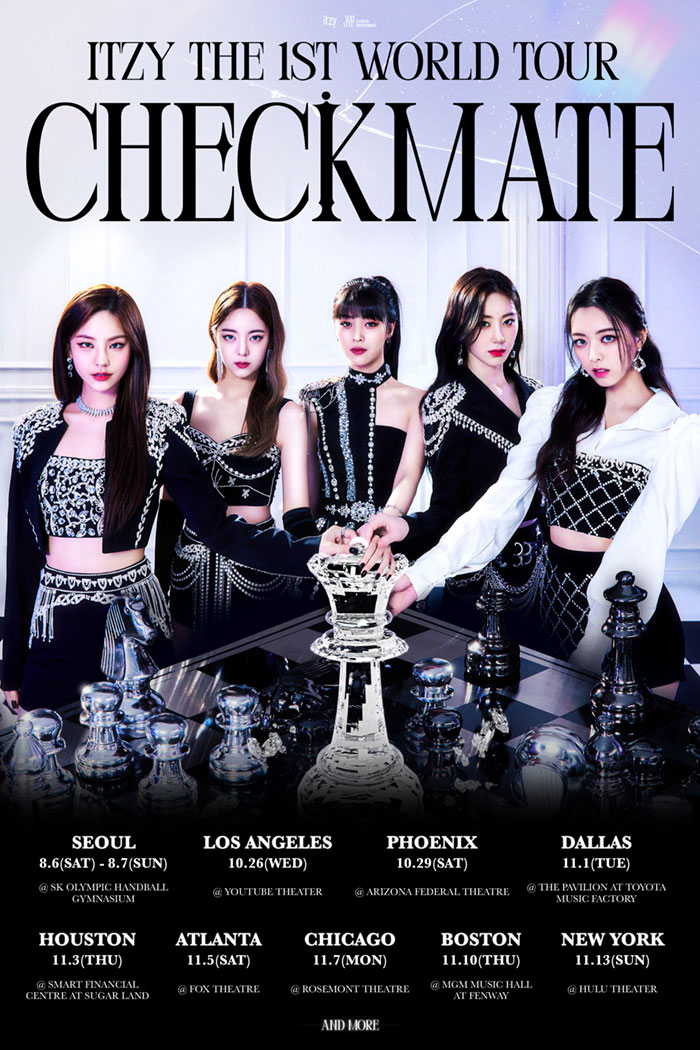 After releasing their brand new album “Checkmate” on July 15, ITZY will embark on their first-ever world tour that kicks off in Seoul from August 6-7. “1st World Tour CHECKMATE” will take place in Seoul and travel to other major cities in the US until November. Meanwhile, “Checkmate,” which is ITZY’s 5th mini album, debuted at #8 on the Billboard 200 for the week of July 30.